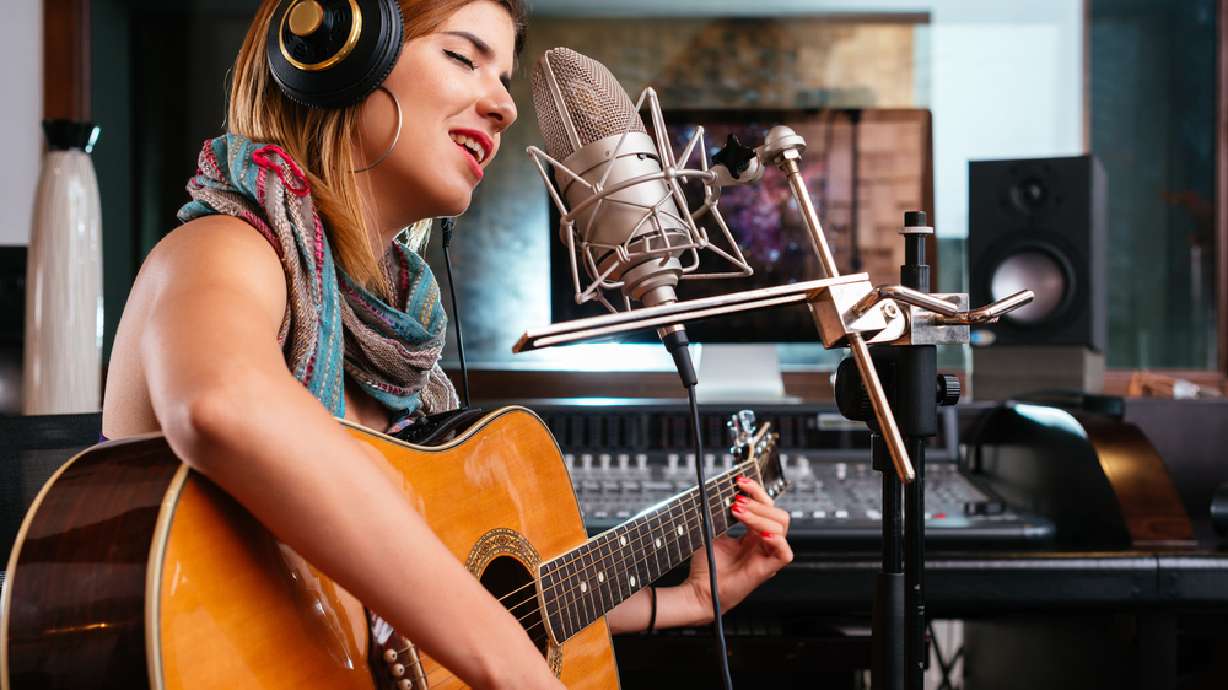 From its spectacular national parks to its friendly locals and breathtaking mountain scenery, there’s plenty to find inspiring in Utah. And for decades, singers and songwriters have done just that. Whether they drop the Beehive State name or dedicate an entire ballad to it, there’s Utah in the blood of these classic tunes.

So it’s not exactly Surf City, but it turns out the Beach Boys always had a soft spot for Utah, especially Salt Lake City and the surrounding area. And if you’re wondering what inspired the band’s love for the area, well, they’ll tell you right off the bat, “There’s the grooviest kids / That’s why we never get tired of Salt Lake .”

Released in 1965 and renamed in Utah favorites as Lagoon, this track just might be the quintessential Salt Lake City anthem.

“The Red Hills of Utah” by Marty Robbins

With five breathtaking national parks within the state’s borders, it’s no surprise singers find inspiration in Utah. In 1963, the cowboy crooner was well known for his Grammy-winning song “El Paso.” Hailing from West Glendale, Arizona, Robbins wrote a song about how “Utah’s red hills are calling me.” Whether it’s channeling Zion or Arches National Parks, or any other scarlet-hued landscape in the region, its homage to Beehive State is sure to be one most residents and visitors can relate to.

A musical homage to Utah doesn’t get much more literal than this; and if you think Utah is a bit country at heart, well, Chris LeDoux would agree. Before a performance of the ballad, LeDoux said, “Well, I’ve been coming to Utah for many years and you’ve been really good to me, so I thought it was about time I wrote a song. for you.” The name of the 1988 song drops places like Terrace Ballroom and Symphony Hall, while LeDoux assures Beehive State that he “owes you more than you will ever know”.

‘Utah’ by The Osmonds

Any compilation of musical tributes to Utah just has to include The Osmonds, right? And the state’s most musical family came out of the park with nostalgic lyrics about what really matters in life, especially to Utahans. “Just give me my house, my girlfriend, my friends, my family / Give me time to rest my mind, then we’ll party / Utah, Utah is where I wanna be.” There’s no doubt that the band still gets a lot of “Amens” about it.

“Salt Lake City” from Bobby and the Midnites

It’s a nice name for a city – and a very popular name for a song. Another Salt Lake City track (perhaps the original?) came out in 1983, and whether you’re a resident or not, you’ll love the lyrics. “Salt Lake City, where it’s so easy to keep straight / Salt Lake City really makes Des Moines look second rate.” That’s pretty high praise – unless you’re from Des Moines, of course.

“The Promised Land” by Bruce Springsteen

Brigham Young and Bruce Springsteen might have a thing or two in common; for one thing, they both found something special in Utah. While Young said “this is the place”, Springsteen called it the promised land – at least in the song released as part of the singer’s 1978 album Darkness on the Edge of Town. The tune opens with the iconic line, “On a rattlesnake fast lane in the Utah desert / I get my money and I’m back to town.”

Which Hive State Resident Can’t Identify With an opening line like “I have Utah dust in my boots?” And if you can, that’s great, because the rest of the song might sound a little opaque: “Call him Zen or call him Buddha/ Inner peace or heavy banana/ It’s just yin and yang. ” If you get lost, just hit repeat and come back to that great line on Utah.

“Ballad for a Friend” by Bob Dylan

Even before Dylan added the state name in the song (“Left him on a Utah road”), you probably know that tune from 1962 speaks of the state of the hive: “Where we ride in this north country / Lakes, streams and mines so free / I had no better friend than him.” If you’ve ever driven a Utah road or enjoyed the state’s lakes, streams, and mines, you’ll definitely appreciate Dylan’s tribute.

‘Brine Palace’ by the Pixies

If you’re a longtime resident of Utah, you’ll probably agree that the state offers “such sublime living.” The Pixies certainly thought so, with their 1991 Palace of the Brine referencing the “starry skies and mountains of Utah” and referencing the Great Salt Lake itself: “In a place they say is dead/ In the lake that looks like an ocean/I count about a billion heads.” According to SongMeaningsthe air might imply that the Saltair Resort is the real “Brine Palace”.

This song from the 1970s is about an outlaw who meets the devil. He borrows $20 from Satan and “spends the night in Utah in a cave in the hills”. According to Americansongwriter.com, the lyrics “follow the trail of an unnamed narrator at an unspecified time, on the run for unknown reasons, doing his best to stay one step ahead of various pursuers – a few wives, the sheriff, 20 dogs and the devil himself. He picks up from Reno, drives through the obscure California places of Chino and Cherokee, spends a night in a cave in Utah, and does his best to get home and get some sleep.” The song was popular with Deadheads and became a permanent installation during stage performances.

Full disclosure, this 2006 indie-rock favorite wasn’t actually written on Utah’s most famous body of water. But if you’re going to name a line like “Now if you find yourself falling apart / Well I’m sure I could steer / The great salt lake”, expect Beehive State s ‘gives some credence in the confusion. According to Streamer, the song was actually written about Lake Murray, a reservoir in frontman Benjamin Bridwell’s home state of South Carolina. But if you’re going by popular guesswork alone, consider this anthem dedicated to that stretch of salt water north of Interstate 80 and west of I-15.

Whether you’re road tripping through the Beehive State or just looking for a festive, nostalgic playlist, you can’t go wrong with these Utah-inspired songs.

Who has the cheapest electricity rates in Texas?

Utah leads the way to an “electric highway”