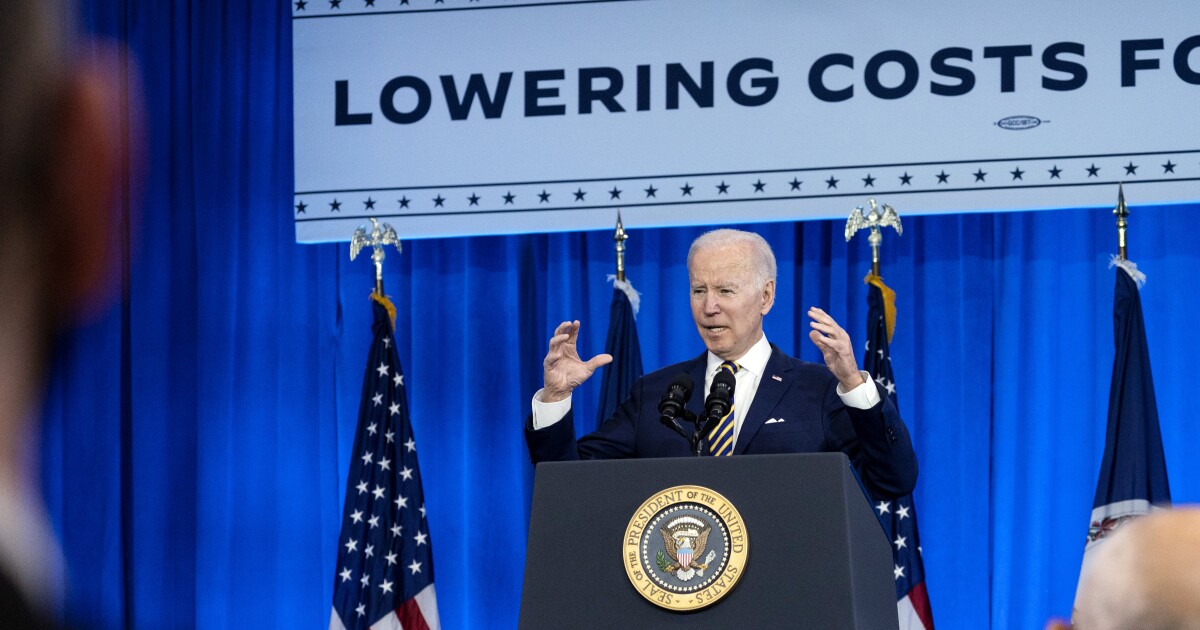 [This article has been published in Restoring America to highlight how the Biden administration’s policies have worsened the inflation crisis.]

Here’s the first problem with his plan: The president obscured economic conditions early in his term – saying “the recovery has stalled and COVID is out of control.” In reality, the recovery was well underway in states fleeing demands for continued societal shutdowns.

The historic summer 2020 economic rebound proved that people who are knowledgeable about the real risks of the virus and the appropriate mitigation measures are enthusiastically participating in this reopening.

The Federal Reserve’s coincident state indexes — a proxy for states’ gross domestic product — vividly illustrate how the economic recovery varies from state to state. This index suggests that economic output at the end of 2020 was actually higher than before the pandemic in Utah, Missouri, Idaho, Nebraska, Alaska, South Dakota, Mississippi and Georgia – especially states without crushing and long-lasting shutdowns.

The economies of Hawaii, Michigan, Rhode Island and Massachusetts were all smaller by more than 10% and states like New York, Hawaii and Illinois remain mired in deep recessions.

After obscuring the progress of the ongoing recovery at the start of his presidency, the president grossly misrepresented current economic conditions – claiming a “position of strength”.

Biden boasts that “millions of Americans are getting better-paying jobs” and that “families have increased their savings and have less debt” since January 2021. But in the real world, prices are rising at the fastest rate since. over 40 years ago, gasoline just hit an all-time high and housing costs hit all-time highs adjusted for inflation.

For most Americans, the cost of living is rising faster than wages, leading to a very real decline in the standard of living for tens of millions of families. Consumers are spending their savings and increasingly relying on credit card debt to buy basic necessities. Actual average weekly earnings have fallen by $47 per week or $2,444 per year since Biden took office. For the average family with two working adults, this amounts to $4,888 per year per family in real lost income.

According to Biden, this labor market is the “strongest since post-World War II”. Millions of people are even refusing to look for a job, resulting in workforce participation significantly below already low pre-COVID-19 levels and forcing understaffed businesses to hobble while facing skyrocketing costs. The drop in participation compared to the pre-pandemic period represents more than 3 million people absent from the workforce.

Biden said a move to 150,000 new jobs per month rather than “current levels of 500,000 … will be a sign that we are successfully entering the next phase of recovery.” With population growth often exceeding 2 million people a year, Biden’s “slower but better” theme could mean a full recovery is forever elusive.

Then the president predicted a “transition” in which “growth will be different.” By different, he apparently means slower. Maybe someone should remind the president that the economy actually contracted in the first three months of this year. Economic growth hasn’t just slowed — it’s disappeared — a fact he even refused to acknowledge.

Just as flawed as Biden’s assessment of his own economy is his assessment of the economic legacy of his predecessors – saying that for decades before his presidency, the economy was one of “low growth, low wage gains.” and an economy that worked best for the wealthiest Americans.

The Urban Institute has analyzed income data while holding real income and family size parameters constant since 1980. The proportion of those in the upper and upper middle class has doubled from less than 14% of the population in 1980 to more than 31% today.

Killing the Keystone XL pipeline, opposing other gas pipeline projects, blocking much exploration and drilling on federal lands, and targeting the extinction of fossil fuel companies threatens to cut off supply and energy security for decades to come.

Liberating our energy sector by ending the war on fossil fuels is the solution to the energy crisis. But rather than pausing his administration’s war on affordable fossil fuels, Biden called on Congress to pass “tax credits and clean energy investments.” This would divert limited resources to crony ventures, further increase energy costs, and necessitate even more loss-making spending.

Surprisingly, Biden bragged about the release of oil from the National Strategic Reserves – while ignoring that this six-month release represents just eight days of domestic oil consumption.

Although Biden acknowledged the “broken supply chains,” he ignored what caused them while proposing price controls on ocean freighters – a policy that could actually reduce the supply of ships and further worsen the problem. His Democratic allies in Congress, meanwhile, are seeking to change the definition of employee so companies can’t hire independent truckers to haul their goods through the PRO law.

To be clear: the main factor driving supply chain issues is the ill-advised COVID-19 restrictions globally. The erratic, unpredictable and arbitrary decisions of government bureaucrats have made even short-term planning nearly impossible.

National government policies are compounding global shipping problems, including California’s phase-out of older diesel trucks. Organized labor in California – with some of the least efficient ports in the world – is resisting modernization and has refused for months to fully extend its hours of operation to reduce the shipping backlog.

The president only touched briefly on the Fed, saying that “the Federal Reserve has the primary responsibility for controlling inflation.” Yet he did not acknowledge how the central bank fed him. As governments hampered the supply of goods and services in 2020 and 2021, a tsunami of Federal Reserve-funded government spending boosted future demand as households accumulated income from both wages and salaries. government COVID-19 relief checks.

The Feds continue to use the Fed’s printing presses, “selling” trillions of debt for newly “printed” money which then floods the economy, driving inflation while bribing resources and workers businesses that desperately need it. The Fed has more than doubled its balance sheet from just $4.2 trillion in March 2020 to nearly $9 trillion today, with M1 money supply nearly quintupling from $4.3 trillion to nearly $9 trillion. of $21 trillion. Politicians approved the spending trillions and bailouts while the Fed financed them.

And Biden demands even more.

Misguided COVID-19 restrictions combined with Fed-funded government borrowing and spending have sparked the economic turmoil, soaring inflation, and supply chain havoc that Americans are experiencing. The same politicians who accepted misguided COVID-19 shutdowns and irresponsible spending point to the Fed as the culprit, refusing to take responsibility for their role in the economic disaster.

This “plan” to fight inflation is in fact a plan for more misery: more public spending, more labor regulations, more attacks on energy production and massive increases in taxes on businesses. A full recovery – including functioning supply chains – requires a full reopening across the world, freeing up our fossil energy resources here at home, and ending the use of the central bank to fund deficit spending.

This piece originally appeared in the

Daily signal
and is reproduced by kind permission of the Heritage Foundation.