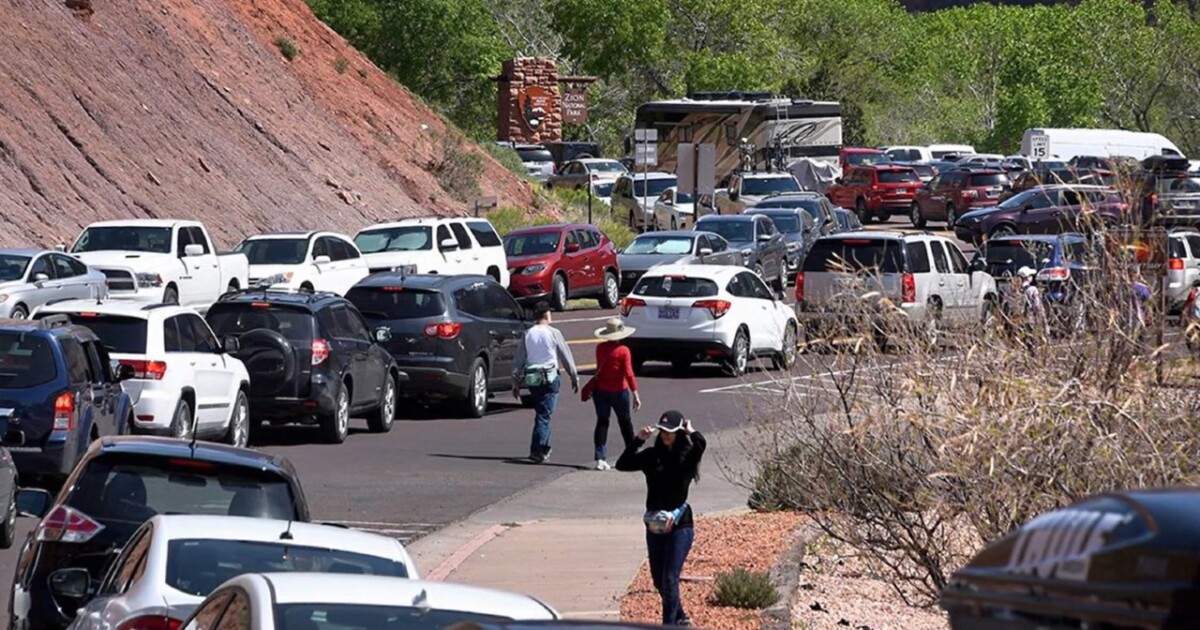 SALT LAKE CITY – Utah’s national parks saw a decline in visits last year due to the pandemic, but most are on course to break records this year.

FOX 13 spoke with a Texan couple who visited Zion and Bryce Canyon in early June. This was Layne and Misty Hill’s first time at both parks and they said they were shocked at the number of people on the trails with them.

“The only thing I wasn’t prepared for when I got there was the number of people,” Misty added.

READ: Yosemite National Park to require reservations from May 21

They expected to spend “time alone” in nature with their children, only to find thousands of other people in Zion National Park as well.

“I thought it would just be more family,” Misty said. “Just us crossing the trails and things and not having to push our way through everyone.”

The hills have avoided some of Zion’s most famous hikes due to overcrowding at the trailhead.

“We were actually going to do Angel’s Landing, but because of the crowds we decided not to do it,” Layne said.

“Yeah, we thought it would be dangerous,” Misty added.

Bryce Canyon, which has seen a steady increase in visits over the past decade, is still catching up to pre-pandemic rates. It welcomed nearly 299,000 visitors in May and nearly 328,000 people came to the park in May 2019.

High attendance figures have some in communities like Moab and Springdale calling for a reservation system, or scheduled entry, that would stagger entry into the park. Some argue it would help reduce overcrowding and give rangers the ability to maintain the trails.

“I think that would be a good idea. Especially for Angel’s Landing, it’s just too dangerous,” Layne said.

“Just for the security concerns, I think this would be a great option,” Misty added.

Others believe it would hurt local businesses. A 2018 study commissioned by the National Parks Service found that a reservation system would take $ 22 million out of Moab’s economy in its first year.

Supporters report a reservation program implemented by Rocky Mountain National Park in Colorado, where the neighboring town of Estes Park saw a sales tax increase as visitors shopped and dined in town in waiting to enter the park.

The Zion National Park information officer was not available for an on-camera interview for this story, but said over the phone that the park has been breaking monthly visitation records since September, and they don’t expect not to stop him at all times. soon.