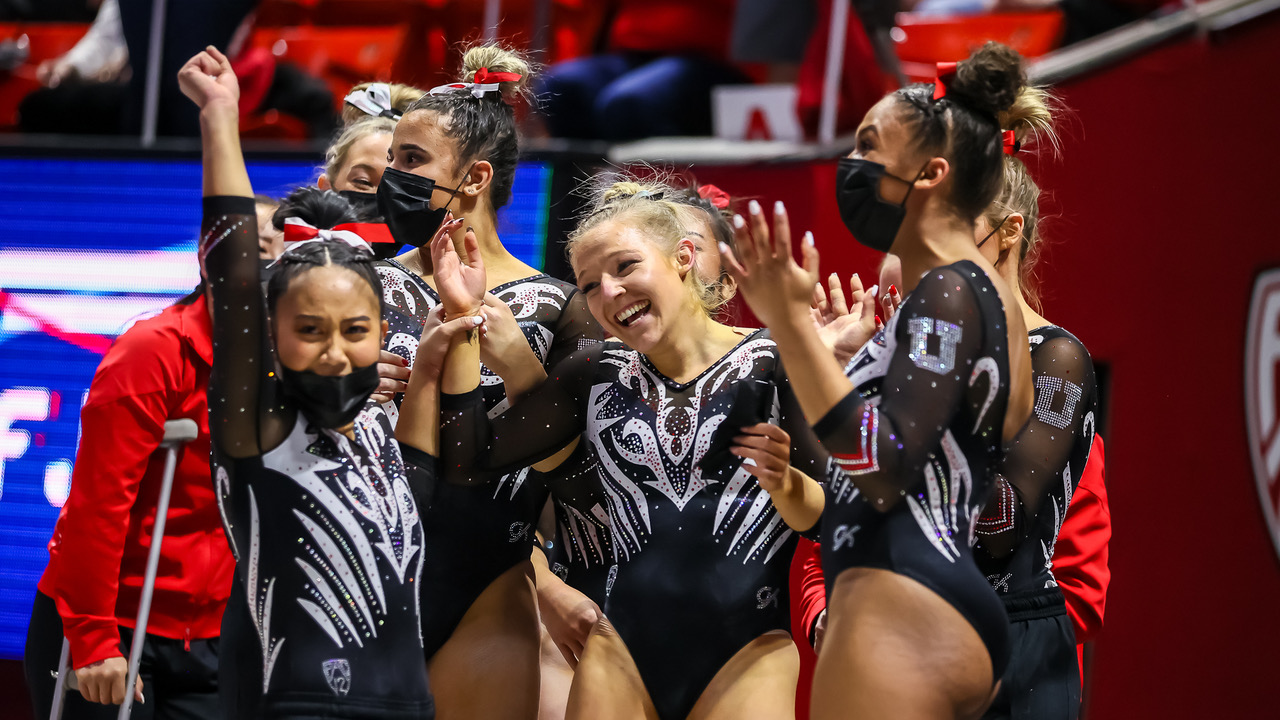 SALT LAKE CITY (ABC4 Sports) — The top beam team in the nation didn’t look like it Friday night at the Huntsman Center.

But Utah’s gymnastics team is so deep and so talented that they had more than enough to pull off another win, posting season-high scores on bars and floor.

Maile O’Keefe clocked 9.90 on beam and floor. Jillian Hoffman (floor) and Cristal Isa (beam) tied for the highest score in all events at 9.975.

“The ultimate conclusion tonight is that we have to run all four events,” said head coach Tom Farden. “Coming into the warm-ups I saw the vibe from the start and as coaches we need to help them prepare a bit more and be more intentional from the start. I know when they’re on and it’s was last weekend. I know when they have some quirks and it was this weekend.

Utah started the night with a solid vault production, led by Alexia Burch and Lucy Stanhope, who went on to claim a share of the event title. Utah combined for a 49.275 on vault to lead Arizona State, which posted a 49.225 on bars, in the first event.

The Utes appeared to have some momentum in the bar rotation after posting a season-high 49.425 as a team. Amelie Morgan set the tone early on posting a season high of 9.875. In her first barre routine of the season, Burch battled her way to a career-high 9.90 to keep the start going. Sage Thompson followed with a 9.85 before McCallum collected a season-high 9.925 that would earn him the first uneven bars title of his career.

Working with a slim 98.700-98.400 lead over the Sun Devils, Utah opened the beam with a 9.775 from Morgan but struggled to find any kind of consistency throughout the next three gymnasts. After a fall from Grace McCallum and a pair of scores in the 9.6 range, Isa had a huge rebound routine and got the crowd on their feet as she rolled in a career-high 9.975. The routine seemed like the momentum-changer the Red Rocks needed as O’Keefe stepped in next and worked his way to a 9.95 to wrap up an otherwise sub-par rotation for Utah .

Utah held a .250 lead going into the final rotation after 49.025 on beam. Continuing the momentum, Hoffman led the team on floor with a career-high 9.975 in his first-floor routine of the year. Hoffman’s routine, which became the first win of his career, sparked the rest of the roster as the Utes finished with four floor scores of 9.90 or better, combining for a 49.675.

The Red Rocks race to victory over Oklahoma #3

Stanhope posted a 9.875 in second place, while Rucker hit a 9.925. With the game seemingly under control after Arizona State had their own problems on the beam, O’Keefe and Sydney Soloski closed the night in style with a pair of 9.95s.

Utah will be back in action next Saturday, Jan. 29, to host Stanford.