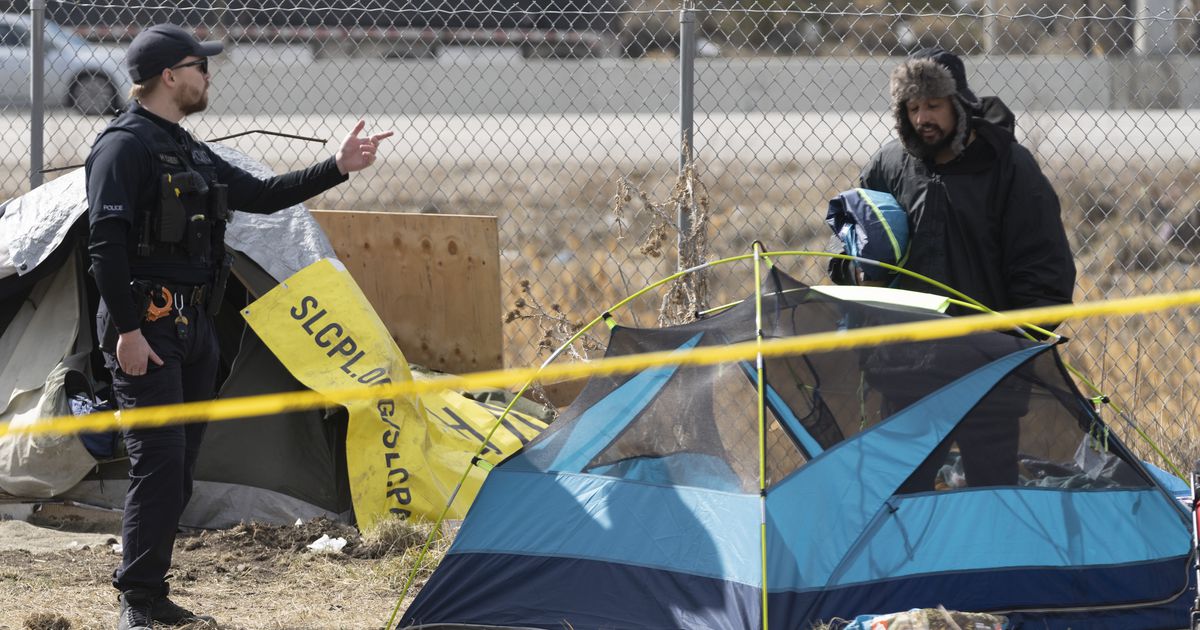 By Jake Trimble | The public gallery

Recently, I witnessed another example of the failure of Salt Lake City‘s homeless policy when the residents of Fort Pioneer were evicted. The reduction of the camp, under an anonymous, industrial overpass far removed and ironically within sight of the Deseret Industries “welfare plaza” silo, displaced more than a hundred people.

Some people left early for the sake of self-preservation, but many couldn’t or simply refused. Living on the streets cost these workers and all those who refused to be evicted their means of survival – tents and warm bedding, work tools and clothing, and anything else worth preserved, from life-saving medicines to the ashes of family members, even the identification needed to access future services.

And what is the cost to taxpayers of this abuse of power? We will never know the true cost of the countless cops in bulletproof vests doing the time and a half, the multiple dump trucks driving back and forth to the dump, the tow trucks dragging cars and RVs to pounds already overcrowded with other roaming city sweeps, health department and pickups. All those resources we repeatedly assign to repeatedly disrupt the lives of a few wandering humans and then do it again next week. The dollar cost of each operation is surely measured in the hundreds of thousands, not to mention the fundraisers that follow for impound fees and bail. The emotional trauma and fallout of losing your home and having nothing is even harder to measure, let alone overcome.

Mayor Mendenhall blames other towns in the valley for kicking the homeless. Other valley mayors blame the state legislature or the health department for the cuts. If you ask around enough, the swipes would seem like nobody’s responsibility.

But the police don’t fund themselves, they tend to do as they are told.

Although no one with the required power wanted to stop this particular reduction (despite only four shelter beds available that day), the recent sweep was just one of many, and it won’t be. surely not the last. The evictees are probably camping in another unnamed location; I hope their sleep will not be interrupted.

Rather than continuing to spend taxpayers’ money on police-enforced sanitation cuts, why not just provide the missing services such as bathrooms and showers, trash removal, tents and electric blankets? ?

Send a letter to the editor