Poll: Why Utahans say it’s time to treat COVID-19 like other illnesses 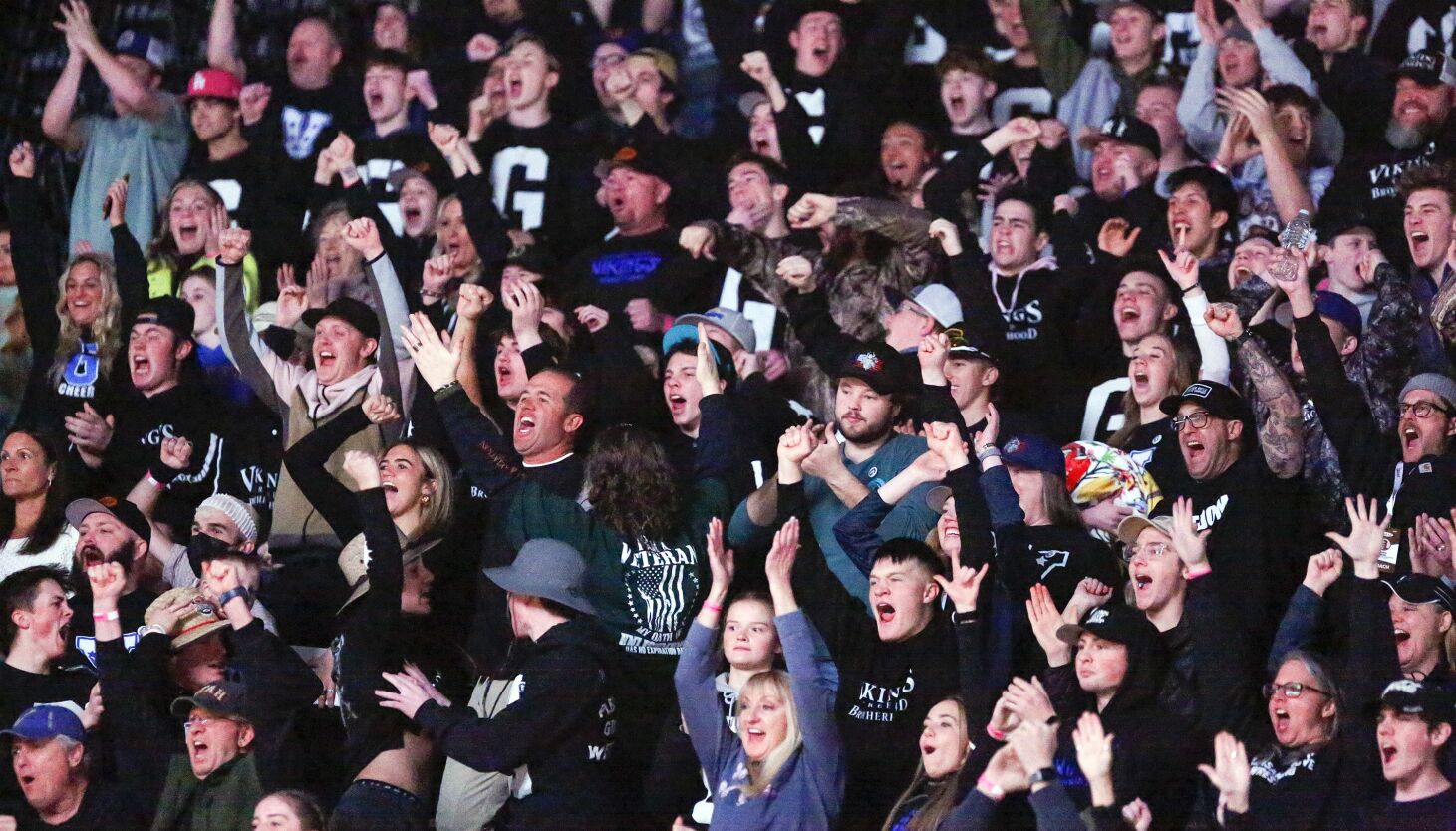 More than three-quarters of Utahns support Gov. Spencer Cox’s “steady-state” COVID-19 plan to begin treating the virus like the flu and other illnesses with limited outbreaks rather than as a permanent emergency, according to the latest Deseret News/Hinckley Institute of Politics poll.

And while 40% of Utahns believe it will take another year or more for life to return to normal after a pandemic that has plagued the world for more than two years, that’s down from 57% in January and 51% in February, during the last wave of cases.

Another 17% of Utahns say they have already moved on.

“The reality is that Utahans are looking at it and are ready to transition now,” said Jason Perry, director of the University of Utah’s Hinckley Institute of Politics. Perry said that because the governor’s plan has the support of so many Utahns, it shows that Cox and legislative leaders “have found the mark for Utah” on COVID-19.

The poll found 77% approved of the change in the state’s COVID-19 response announced by Cox in mid-February, as the number of cases driven by the incredibly transmissible omicron variant of the virus declined after peaking. record. Only 18% disagreed and 4% didn’t know.

The poll was conducted March 9-21 by Dan Jones & Associates for the Deseret News and the Hinckley Institute of Politics among 804 registered voters in Utah. The results have a margin of error of plus or minus 3.45 percentage points.

The governor’s spokeswoman, Jennifer Napier-Pearce, said the state remains on track to meet the March 31 deadline set by Cox to have most testing and treatment for the virus carried out by service providers. private health care. The contracts the state has to provide these services, however, will remain in place to deal with any future surges.

Daily reporting of cases, hospitalizations, and deaths is also expected to end, but the state will continue to monitor new outbreaks of COVID-19, including measuring the presence of the virus in sewage, as well as promoting vaccinations.

The governor’s office was pleased with the survey results.

“We appreciate that the vast majority of Utahns see the wisdom in downgrading the state’s response to the pandemic, although we remain prepared to ramp up quickly if we encounter a spike,” Napier-Pearce said. “We are especially grateful to our healthcare and public health workers for getting us to this point.”

Going forward, she said the state will continue to monitor the spread of the virus, focus on promoting vaccinations “and track other lessons learned over the past two years.”

Although mask mandates are being lifted in other states to mark the change in handling of the virus, that is not the case in Utah. The Utah Legislature, which has limited the powers of state and local leaders to respond to public health emergencies, overturned approved mask mandates in Salt Lake and Summit counties in January.

Perry said the governor’s COVID-19 announcement “may not drastically change anyone’s behavior,” but it does send an important message to Utahns.

“It’s symbolic in a very clear way, where the state of Utah is saying we’re not going to see elected leaders hold regular press conferences about COVID,” he said. “It’s not something we expect our government to be heavily involved in by the end of March.”

Is another wave heading for Utah?

The optimistic attitude of many Utahns comes as the United States faces another potential surge in COVID-19, this time of the so-called “stealth omicron,” a subvariant known to scientists as BA .2 which would be even more transmissible than its predecessor and responsible for further outbreaks in Europe.

The Centers for Disease Control and Prevention estimates that as of the week ending March 19, the subvariant accounts for just under 35% of all COVID-19 cases in the United States and more than 21% of cases in the region that includes Utah.

So far, 210 cases of the subvariants have been identified in Utah as part of the 1,500 to 3,000 positive test samples submitted weekly for genome sequencing by the state lab, Kelly Oakeson said, Utah Department of Health Chief Scientist for Bioinformatics and Next Generation Sequencing.

Cases of Utah subvariants are increasing, Oakeson said, but not as quickly as previous variants, including the delta, which made Utah the nation’s COVID-19 hotspot last fall. . Still, he said, within a week or two, Utah will catch up with New York, where BA.2 is now the dominant variant.

“There is some hope,” Oakeson said. “We know that reminders work very well against critical illnesses and hospitalizations. So if a good part of the population is boosted, it will help. We know that there is some immunity and protection if you have ever been infected with the original omicron against BA.2.

There will undoubtedly be watershed cases and exceptions among those who have had omicron, he said.

“But the idea is that in the population as a whole, there’s enough immunity that we shouldn’t see another large, huge increase in hospitalizations and deaths,” Oakeson said. However, he added, “this virus has sent us on a loop time and time again, and still likes to throw curveballs at us, so I don’t want to be, you know, overly optimistic.”

“I’m a little tired of worrying about it”

“We all had COVID. I got it. My whole family had it. Some of the girls at work got it. And we’re all fine. It wasn’t too bad. I know older and immunocompromised people have more problems,” she said. But when she caught the virus a few months ago, it was like a cold.

“I had to stay home from work, but I cleaned, scrubbed the walls and cleaned the house,” Gravenmier said, while caring for other family members with COVID-19. “The grandkids were like me, bouncing off the walls and having fun. They didn’t care.

Gravenmier, who must always wear a mask at work and helps keep surfaces in the dental office clean by repeatedly wiping them down, said she’s not worried about the subvariant. But she said concerns her employer and others in the health care field continue to have mean it could be a year before life returns to normal.

Bountiful’s Kory Jasperson, who retired from a position in a genetics lab last December, also agrees with the governor that it’s time to treat COVID-19 differently.

“Ultimately, the return to a bit of normality will have to happen at some point. It’s been going on for two years,” Jasperson said. “I think most people are sort of, not necessarily done with it – I mean there are still precautions that are needed – but I think overall we need to start getting back to some normality.”

Still, he said he thought it would take several years to return to pre-pandemic life.

“Everyone is, for the most part, excited about COVID. I completely believe in COVID. This has (had) major ramifications across the world, but there is a segment of the population that will struggle to return to normal life,” Jasperson said, even as he and others resume shopping and the like. daily activities without a mask.

“There is always a possibility that a variant may be a superspreader, or be more lethal, or have greater ramifications than the previous variant, or whatever the case may be,” he said, although he is not particularly concerned with the BA.2 subvariant.

“I think I’m a little tired of worrying about it, but that’s not necessarily the main reason,” Jasperson said, as he and his loved ones are vaccinated and boosted. “Unless you stay home and never go out, you will ultimately always have the possibility of becoming infected.”

Is Google Fiber coming to a city near you? Maybe it’s just