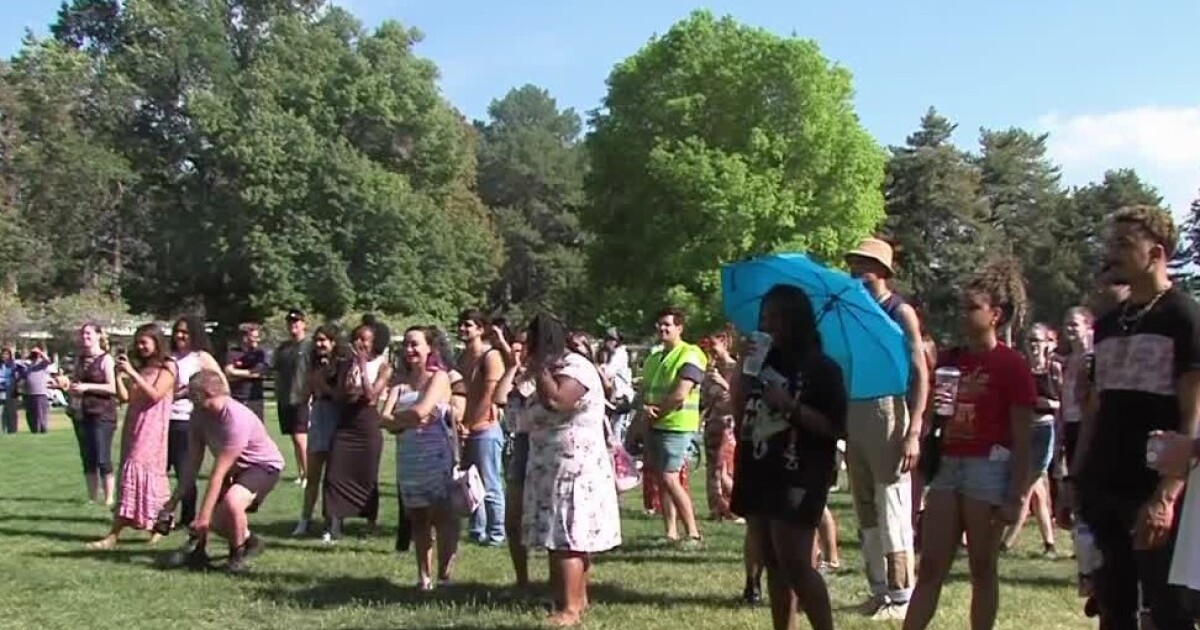 Saturday was the first time it had been recognized as a federal holiday – a day commemorating the emancipation of enslaved African Americans, dating back to 1865.

â€œWe really wanted to take a step back from a rally or a protest and really celebrate what it’s like to be black in America,â€ said Abena Bakenra.

The day, recently declared a federal holiday, brought people of all ages together with music, food and vendors.

For some, walking and celebrating are a way for them to express themselves.

â€œToday, I hope my voice speaks and people understand what is happening with people of color,â€ said Rosette Balati.

Others say they appreciate the chance to come together as a community.

â€œOur goal is to make it look like you’re driving near a park and you’re like, ‘I would love to have this family. â€œWe are that family,â€ said Alicea Arnold, co-founder of Strength in Shades.

The events held at both parks drew hundreds of people who showed their support and consulted with vendors throughout the day. Despite the nearly 100-degree weather, participants say it was well worth it to deal with those hot temperatures.

Some celebrants say that if they are thankful for the official holiday, this is just the beginning.

â€œThere is definitely so much more for the black community to do, so this is definitely just the start,â€ said Rosine Nibishaka.

Jen Shah is a “Real Housewives of SLC” star, and her legal issues will take center stage in Season 2