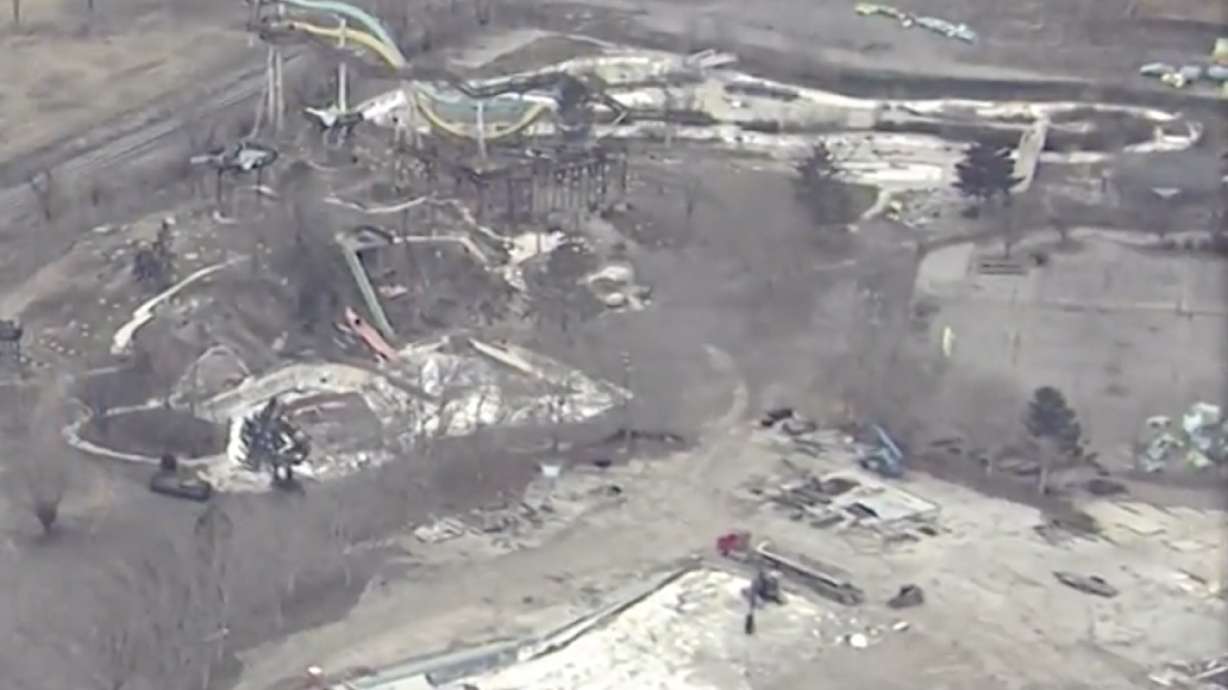 The abandoned Raging Rivers water park on Wednesday afternoon. The contractors were originally scheduled to begin blasting on Wednesday, but that idea was scrapped following feedback from neighborhood residents. (Chopper 5, KSL-TV)

SALT LAKE CITY — Contractors begin work this week to remove one of the last — and trickiest — parts of the ongoing demolition of the former Raging Rivers water park in the Glendale neighborhood.

The park’s old pools were made of thick concrete that sank deep into the ground. In fact, the Salt Lake City Department of Parks and Public Lands announced last week that contractors would have to blast the area starting Wednesday due to thick concrete.

However, this idea was dropped following comments from the neighborhood over the past few days, which expressed concern about the noise and shaking the blasting would cause. Instead, construction crews use backhoes and jackhammers to complete the difficult concrete removal.

Raging Waters, also known as Seven Peaks Salt Lake, closed in 2018. It quickly became an eyesore and an area of ​​increased crime in the city, leading to the decision to tear it down. The city began its demolition in October; Wednesday, there are still a few slides left but most have been dismantled at the demolition site.

Months before demolition, Salt Lake City Mayor Erin Mendenhall proposed turning the 17-acre lot near 1700 south and 1200 west into a regional park, similar to Liberty or Sugar House parks in the eastern part of the town.

This vision is still the expected future of the region.

Nancy Monteith, senior landscape architect for Salt Lake City‘s engineering division, told KSL-TV on Wednesday that she hopes the city will have two or three concept plans to share with residents in a few weeks. The land is already located next to the Glendale Golf Course and the Jordan River Parkway. There is a small neighborhood park just north of this that the popular trail crosses.

The city has already spent $3.2 million on the site’s initial development, using impact fees, Monteith added. Fees are one-time developer payments for each new building in the city that can only be used for certain sources, such as parks.

“We’re really excited about this project,” she said. “When you look at all these spaces aggregated, they’re really like a regional attraction.”

The final plan will likely require more money, which is why Mendenhall requested $10 million for the project last year. The mayor explained at the time that the way the city received federal funding for the park in the past required it to remain a park “in perpetuity,” meaning the land cannot be developed for housing. or commercial spaces.

Regarding the current phase of demolition, residents with concerns or questions regarding the blasting are encouraged to call 385-495-5323.