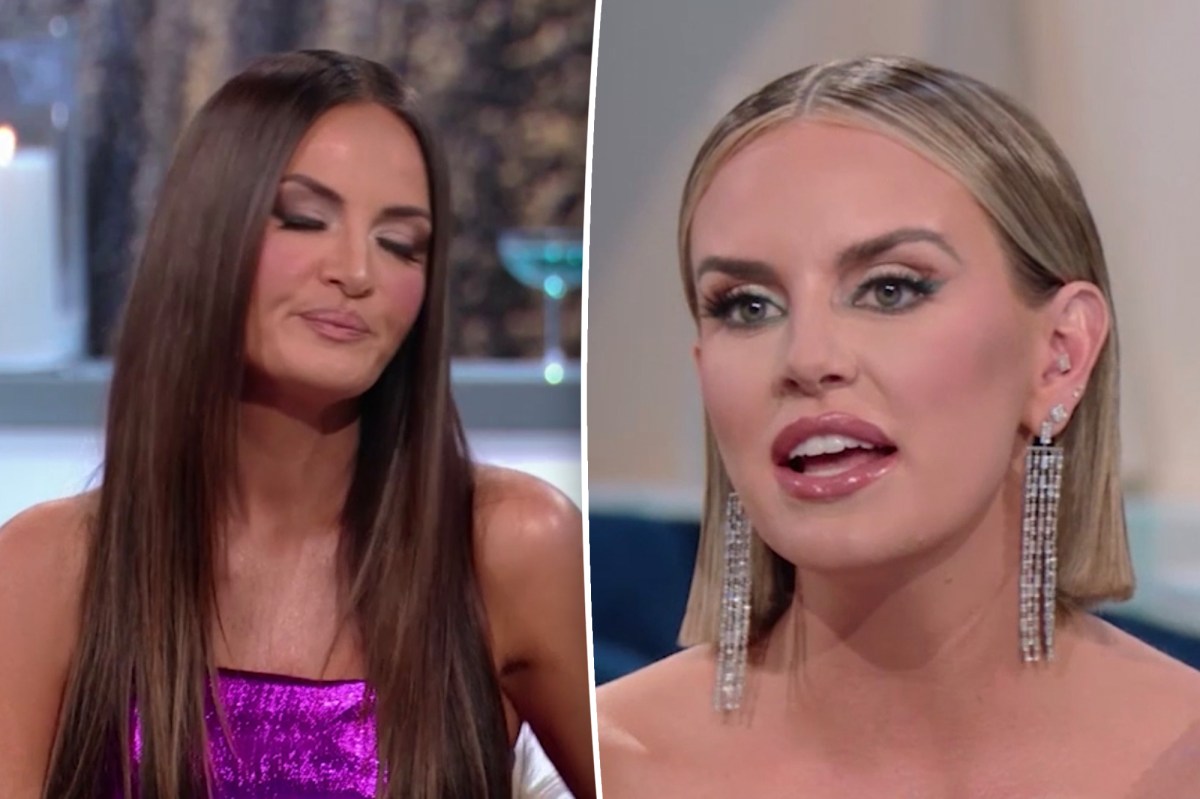 While chatting with host Andy Cohen, Whitney Rose claimed Barlow, 47, called Marks, 50, a ‘whore’ who ‘fucked half of New York’ long before the angry rant was filmed.

“Since I’m a pot-stirrer – if the shoe fits you, wear it – she told people before she even filmed exactly that,” Rose, 35, said.

“I’m sure she did,” an exasperated Marks replied.

“I didn’t, I didn’t, I didn’t!” exclaimed the CEO of Vida Tequila before addressing Marks directly. “I never spoke of your marriage. I never talked about you before this rant and I’m sorry it was audio taped.

In her rant, Barlow not only called the jewelry designer a “bitch,” but also claimed she cheated on husband Seth Marks. Barlow’s harsh remarks about Meredith came after a controversial group dinner, during which Meredith’s friendships with Barlow and Mary Cosby, 49, were compared.

“Fake Meredith is a piece of shit…fuck you! This fucking piece of fucking garbage. I f-king hate her,” spat Barlow, who felt that Meredith had shown more loyalty to Cosby, a friend of far fewer years. “[Meredith’s] a whore.

At the reunion, Meredith said she was appalled by Barlow’s outburst.

“The venom and hatred that accompanied the delivery is what resonated. I couldn’t even sit down and watch it. I would stop it,” she said. “It took me about an hour to get through it. I was sick, completely sick.

Barlow, who admitted she was in a “blind rage” during the rant, clarified that she didn’t believe Meredith had “f—ked half of New York.”

“Do I think you fucked 4.2 million people? No,” Barlow said, to which Meredith jokingly replied, “I slept with fewer people than I have fingers, okay? So this is it. New York City is quite large.

Barlow repeatedly apologized to Meredith throughout the latest “RHOSLC” reunion episode, but it was his last apology that stood out the most.

Seemingly in an attempt to justify his words, Barlow added: “Someone had just told me that you didn’t care about my renovation and stuff and I was like upset…You said I live in a house like —tty.”

A confused Meredith insisted she ‘didn’t speak’ about Barlow’s house in any capacity, but was nonetheless miffed that the alleged insult prompted such hateful comments from Barlow .

“OK, you have an ugly house, so you should rip my character to shreds,” said Meredith, who left the reunion couch to get away from Barlow during a break from filming. “OK. gorgeous.”